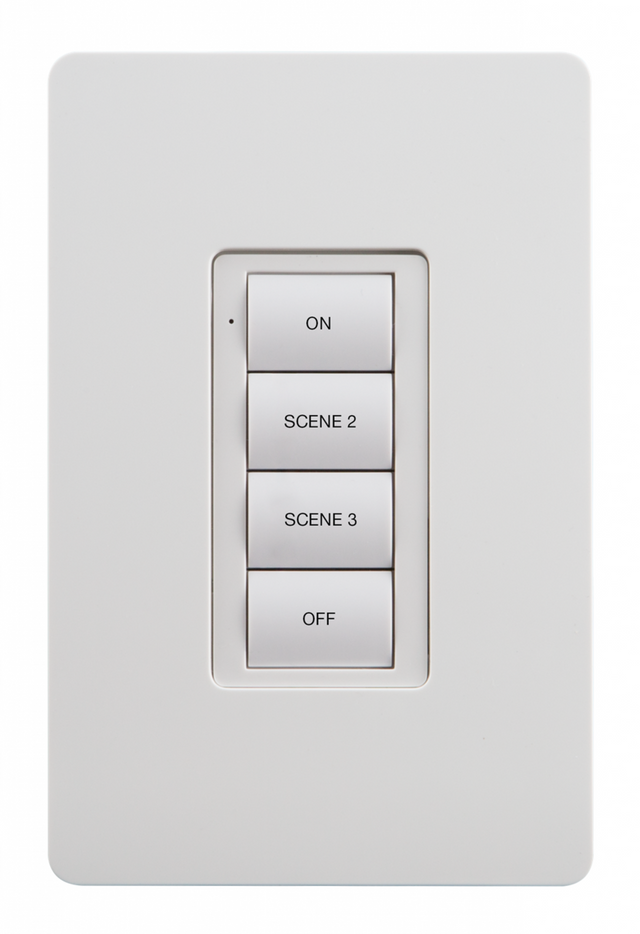 An extremely slim, battery-powered wireless keypad for controlling Zūm™ J-Box Load Controllers. Can be mounted to an electrical box or directly to any flat wall surface.Faceplate sold separately.

The Zūm™ Battery-Powered Wireless Keypad (ZUMMESH-KPBATT) provides control of one or more Zūm J-Box Load Controllers (ZUMMESH-JBOX). It is available with a rocker switch or various combinations of pushbuttons. The rocker switch version offers simple on/off switching and dimming adjustment, with the ability to save one scene preset. The pushbutton versions support the same capabilities with two or three scene presets. Pushbutton versions may be ordered with standard button labeling or custom button engraving.

All versions of the ZUMMESH-KPBATT allow for mounting to a standard electrical box, or they can be attached directly to the wall using screws or two-sided adhesive tape. A finished installation requires a decorator-style faceplate (sold separately).

There are six versions of the ZUMMESH-KPBATT as follows: