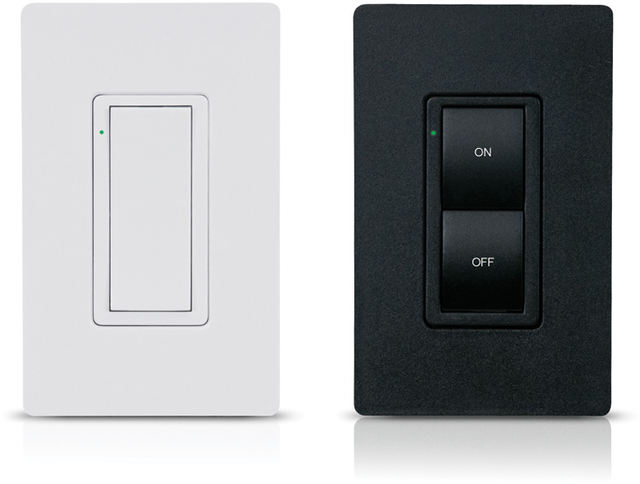 The CLW-SWEX-230-E is a Cameo® Express wireless in-wall switch which features field-replaceable and engravable buttons. Configurable with two buttons or in a rocker layout, the CLW-SWEX-230-E is more versatile than previous generations of in-wall switches. Even more affordable than Cameo dimmers and switches, the Cameo Express line makes it possible to bring controlled lighting to every room in the home or office. Its streamlined design complements the entire line of Cameo dimmers, switches and keypads, making it a great addition to new or retrofit installations. In addition to its attractive look and feel, infiNET EX® communication technology brings proven reliability to the CLW-SWEX-230-E.
Field-Replaceable Button Faces
Custom Programmable Keypad
InfiNET EX® Communications
Key Features

*Due to differences in monitors, actual colors may vary from colors as they appear on screen.