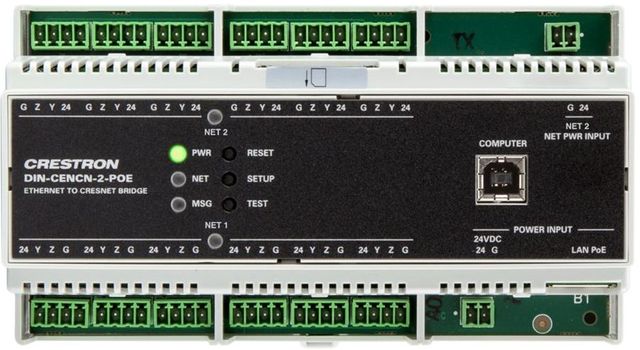 Crestron® Ethernet to Cresnet® Bridge with PoE and two isolated subnets
Call for Best Price
$99,999.00Save

The Ethernet to Cresnet® Bridge (DIN-CENCN-2-POE) works with any Crestron® 3-Series Control System® to maximize the reliability and robustness of the Cresnet network. It offers a more sophisticated solution than a Cresnet block or hub, providing two isolated subnets and built-in diagnostics, plus versatile power distribution options and a convenient DIN rail form factor.

NOTE: The DIN-CENCN-2-POE is compatible with 3-Series® control systems only.