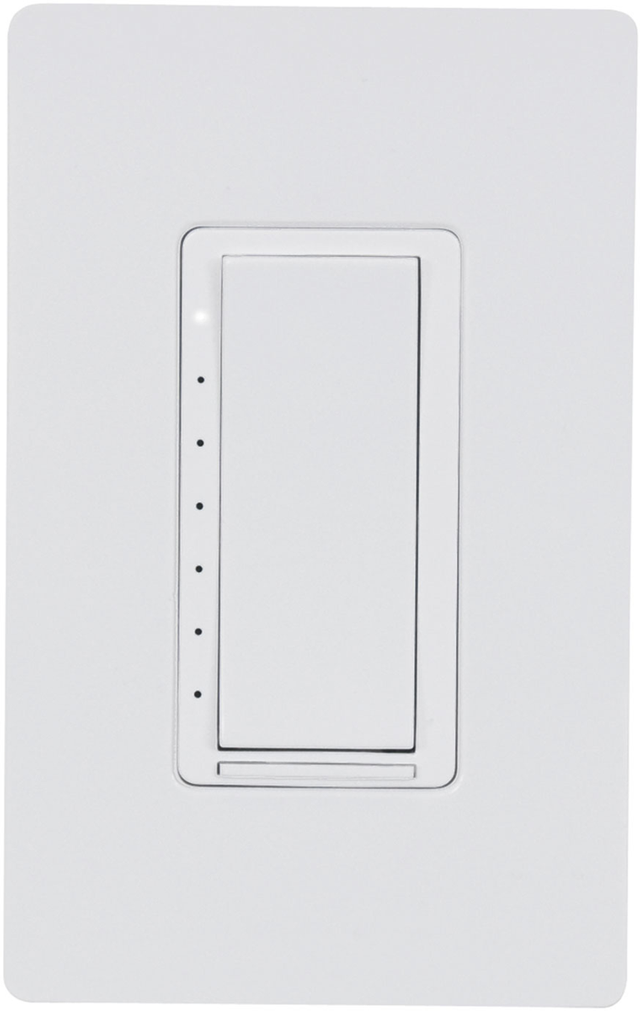 The CLW-DIMUEX-P is a Cameo® in-wall universal phase dimmer that controls the following load types: LED, incandescent, magnetic low voltage, and electronic low voltage. Its design matches the entire line of Cameo products, making it a great addition to new or retrofit installations.
Call for Best Price
$99,999.00Save $NaN

The CLW-DIMUEX-P features auto-load detection to automatically select the appropriate dimming method for the attached load. Auto-load detection allows for broad load type compatibility even if future changes to the load are made.

Supporting up to four buttons, the CLW-DIMUEX-P is configurable for a variety of applications. Because the dimmer is attached to the Crestron® control network, it can function as a keypad to trigger remote actions.

The CLW-DIMUEX-P supports dimming control of the same lights from more than one location. The CLW-SLVU-P remote dimmer connects to the traveler wire in a traditional three- or four-way circuit and dims the load attached to the CLW-DIMUEX-P.

Devices may be installed side-by-side in a multigang electrical box with a compatible decorator faceplate (sold separately).

infiNET EX wireless technology provides two-way RF communications throughout a residential or commercial structure without the need for physical control wiring. Each infiNET EX device acts as an expander by sending command signals to other infiNET EX devices in range (approximately 150 ft (46 m) indoors) to ensure reliability and stability.1

The CLW-DIMUEX communicates with a Crestron control system via an infiNET EX Wireless Gateway (CEN-GWEXER or CEN-GWEXER-PWE, both sold separately). Up to 100 infiNET EX devices may coexist on a single wireless network.

The preinstalled rocker button cap (CLW-BTN-RKR) on the CLW-DIMUEX-P is field-replaceable with the included small (CLW-BTN-SM) and large (CLW-BTN-LG) button caps, allowing for engravable multi-button configurations.

In addition to field-replaceable buttons, the CLW-DIMUEX-P features screwclamp connectors for simplified wiring that reduces installation time and material costs. The CLW-DIMUEX-P can be installed in standard gang boxes, making them the perfect choice for both new and retrofit projects.