The CLW-SWEX-P is a Cameo® wireless in-wall switch which features field-replaceable, engravable buttons. 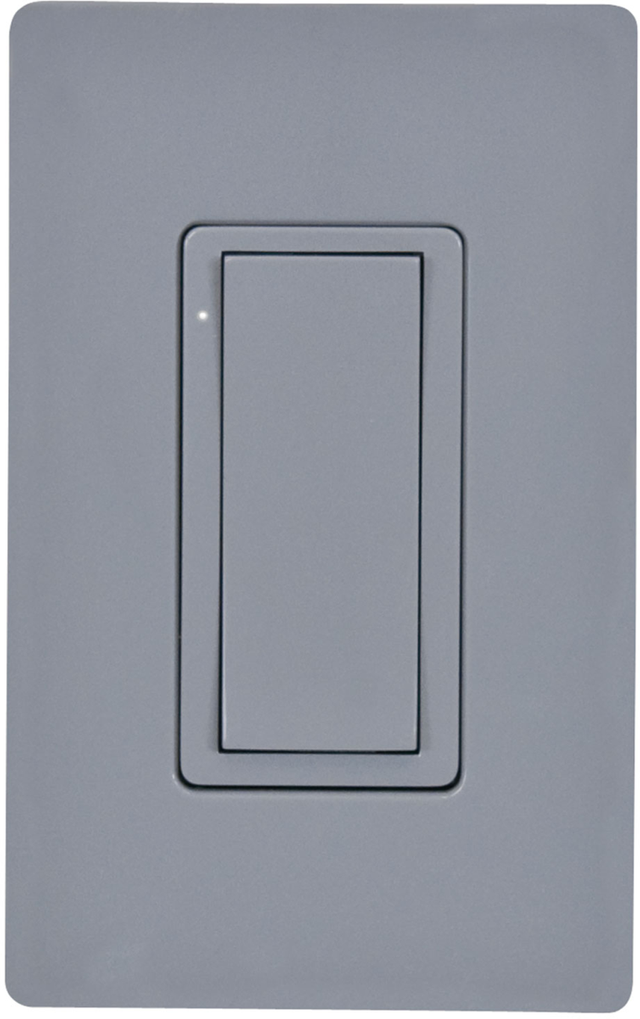 The CLW-SWEX-P is a Cameo® wireless in-wall switch which features field-replaceable, engravable buttons.
$230.00Save
$230.00

Crestron® in-wall dimmers and switches are modeled after the popular, modern look of Cameo® keypads. Available with adjustable button layouts and designer colors, the Cameo dimmers and switches are more versatile and affordable than previous generations. Like their cousin keypads, button caps can be swapped in the field, making it easy to change engraving or color. And their streamlined look inspires the combination of in-wall lighting control with centralized lighting control—delivering the ultimate, entire home control solution.

The CLW-SWEX-P is a Cameo® wireless in-wall switch which features field-replaceable, engravable buttons. Available in designer colors and configurable with 2 buttons or in a rocker layout, the CLW-SWEX-P is more versatile than previous generations of in-wall switches. Its streamlined design matches the entire line of Cameo dimmers, switches and keypads, making it a great addition to new or retrofit installations. In addition to its attractive look and feel, infiNET EX® communication technology brings proven reliability to the CLW-SWEX-P.

Like their cousin Cameo keypads, the buttons on the CLW-SWEX-P can be swapped in the field, making it easy to change engraving or color after installation. The rocker controller brings a familiar user interface to the Crestron® in-wall switch, while the 2 button layout offers clear on/off control.

Ultra-reliable infiNET EX wireless technology provides steadfast 2-way RF communications throughout a residential or commercial structure without the need for physical control wiring. Employing a 2.4 GHz mesh network topology, each infiNET EX device functions as an expander, passing command signals through to every other infiNET EX device within range (approximately 150 feet or 46 meters indoors), ensuring that every command reaches its intended destination without disruption.

The CLW-SWEX-P communicates with a Crestron control system via an infiNET EX Wireless Gateway (model CEN-RFGW-EX, DIN-AP3MEX, or MC3[2]). Up to 100 infiNET EX devices, including Cameo® Wireless Keypads and In-Wall Switches[2], may coexist on a single wireless network, and every device that is added to the network effectively increases the range and stability of the entire network by providing multiple redundant signal paths.

In addition to field replaceable buttons, the CLW-SWEX-P features screw-clamp connectors for simplified wiring while reducing installation time and material costs. So slim, the Cameo line can be installed in standard gang boxes making them the perfect choice for both new and retrofit projects.

The CLW-SWEX-P supports control of the same lights from more than one location. Easily replace existing dimmers and switches wired in a traditional 3- or 4-way circuit with on/off control from every location, or design new projects to accommodate remote switches wherever desired. The CLW-SLVU-P remote dimmer simply connects to the "traveler" wire and switches the load attached to the CLW-SWEX-P.

Because the CLW-SWEX-P is attached to the Crestron network, it can also function as a keypad, sending commands to trigger whole-room or house lighting scenes, or any other function. The 2-button layout takes advantage of prime single-gang wall box real estate; use buttons to control in-room audio or lamps. Press-and-hold and double-tap functionality allows buttons to be used for more than just one function.