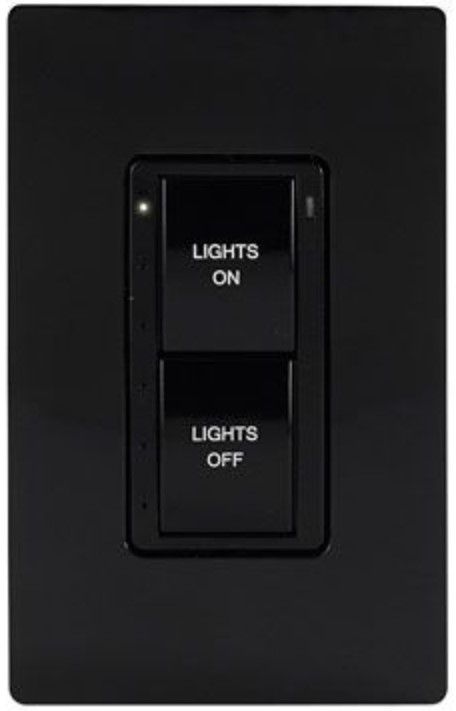 The Cameo® Wireless Keypad (INET-CBDEX-P) presents a fresh, innovative concept in keypad design, offering cutting-edge wireless performance with ease of installation in a highly configurable one-gang, wall-mount form factor that is at once inviting to the touch and appealing to the eye.

Perfect for retrofit applications in existing homes and landmark structures, the INET-CBDEX-P easily installs alongside light switches and other in-wall devices to deliver a custom keypad control solution without any need for dedicated control wiring. Cameo Wireless Keypads simply connect to the nearest AC power line (120, 230, or 277 Volt), communicating via the infiNET EX® wireless control network to allow full keypad functionality with true-feedback as part of a complete Crestron® control system.

Exquisitely simple yet highly customizable, a single Cameo Wireless Keypad can be configured easily by the installer to provide from two to eight buttons. Each keypad is actually furnished with an assortment of button caps in four different sizes to support a variety of physical layouts. Button caps may also be ordered with custom backlit laser engraving to clearly designate each button's function.

Through programming, each button can be configured to use “button events,” affording up to three separate functions per button by tapping, double-tapping, or pressing and holding the button. “Shift key” functionality, in which the user presses and holds one button while simultaneously tapping another, provides further customization for this versatile keypad.

In addition to controlling the backlight and LED intensity, the built-in light sensor can also be utilized by the control system to support basic daylight harvesting and other programmatic functions.

Ultra-reliable infiNET EX wireless technology provides steadfast 2-way RF communications throughout a residential or commercial structure without the need for physical control wiring. Employing a 2.4 GHz mesh network topology, each Cameo Wireless Keypad functions as an expander, passing command signals through to every other infiNET EX device within range (approximately 150 feet or 46 meters indoors), ensuring that every command reaches its intended destination without disruption.

Cameo Express Wireless Keypads communicate with a Crestron control system via an infiNET EX Wireless Gateway (model CEN-RFGW-EX, DIN-AP3MEX, or MC3). Up to 100 infiNET EX devices may coexist on a single wireless network, and every device that is added to the network effectively increases the range and stability of the entire network by providing multiple redundant signal paths. Built-in Dynamic Frequency Allocation continuously monitors RF conditions, automatically selecting the clearest channel to prevent interference from neighboring networks, cordless phones, and microwaves.

Cameo Wireless Keypads are designed for installation in a standard electrical wall box and are powered by 120, 230, or 277 Volts AC, making them perfect for installation in a multi-gang box alongside other line-powered devices. Available in a selection of 12 colors with “smooth” or “textured” finishes, Cameo Wireless Keypads match perfectly with popular off-the-shelf decorator-style faceplates.